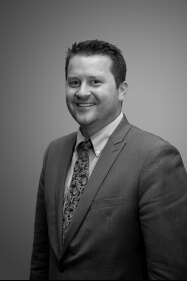 Attorney Ken Staiduhar grew up in Parma Heights, Ohio with a passion for all things Cleveland. Having come from a long line of law enforcement officers, Attorney Staiduhar developed an interest in criminal law at a very young age. That interest in law continued to grow as Ken continued his education through high school. While attending undergraduate school at Ohio University, where he was a dean’s list recipient, Attorney Staiduhar focused his attention on public speaking and communication skills, which would later prove to be extremely beneficial in his legal career. Before graduating from Ohio University, Attorney Staiduhar knew that attending law school was in his future.

Based on his academic accomplishments, Attorney Staiduhar accepted a scholarship from Western Michigan University’s Thomas M. Cooley School of Law in 2004. While again being a dean’s list recipient, Ken focused his legal coursework on trial advocacy and litigation. During this same time, Attorney Staiduhar began serving as a law clerk to prepare himself for being a trial attorney. By 2007, Attorney Staiduhar had earned his Juris Doctor and had returned to Northeast, Ohio, where he felt he always belonged. After earning his law license in 2008, Ken opened his own law practice, focusing primarily on criminal defense. Attorney Staiduhar later went on to serve as the criminal defense attorney for two law firms in Medina County, Ohio before joining Henderson, Mokhtari & Weatherly. in 2015.

During the course of his legal career, Attorney Staiduhar has successfully represented hundreds of clients charged with various criminal offenses. Additionally, during his professional career, Attorney Staiduhar has served as an Adjunct Professor at Brown Mackie College in Akron, Ohio, has been asked to speak at Driver Intervention Programs for those who have been convicted of Operating a Vehicle Under the Influence of Alcohol or Drugs (OVI) and was appointed by The Honorable Judge John L. Lohn (Retired) to serve as a member of the Medina County Public Defender’s Commission.

Our Top-Rated Attorneys Have Successfully Handled Thousands Of Criminal Cases